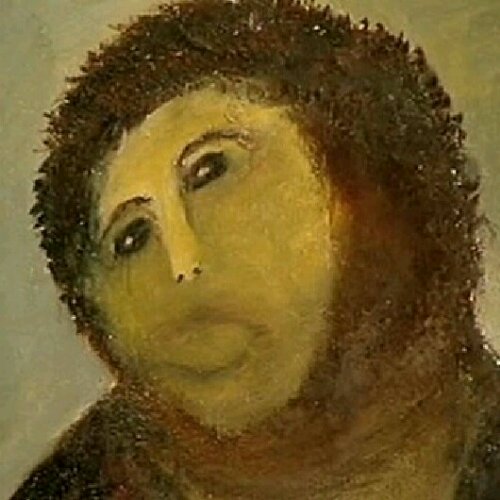 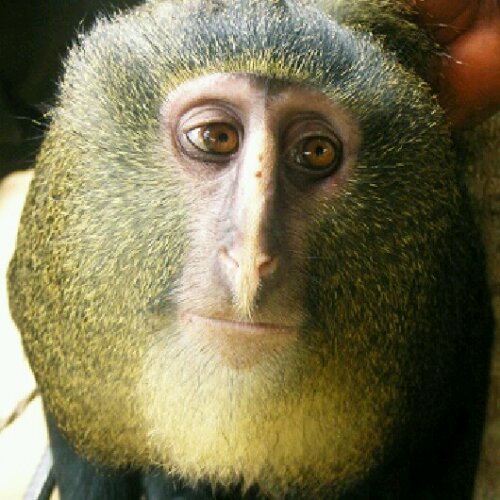 Had to buy jeans. The young hipsters are buying black supertapers – part of the Datsuns-generation’s fetishization of all thing Joey-related (that’s Ramone…). I remember, in the early nineties, old people saying, ‘I can’t believe flares are “coming back in”‘ – and now it’s me. Black supertapers, wow…

This is a proposal for a piece of writing which will hopefully one day end up, in print, in National Grid…

Beyond their obvious kitsch appeal, boring postcards have stories to tell about notions of national identity. Such stories are all the more valuable for their apparent lack of calculation, their naive sincerity.

They betray a taciturn Protestant culture, still content for the most part to follow Britain, gradually loosening up and enjoying the summer sun during a period of prosperity and burgeoning independence. In these cheap commercial colour reproductions, the nation is ascendant, proud. Predictably, we are presented with a boosterish images of agriculture (dairy cows, lambs with daffodils), natural beauty (mountains, beaches), civic pride (clock towers, war memorials, municipal marigolds), great public works projects (dams, bridges, power stations), and tourist ventures (model villages, marine theme parks). More than the landscape, however, it is representations of indigenous culture which identify these images as distinctly and unmistakably ‘of New Zealand’.

Despite its ongoing reluctance to devolve power in negotiating the colonial exchange, Pakeha society has nonetheless from the earliest days of its existence sought to define itself through the appropriation of Maori visual culture. Typical of such appropriation is the use of images of indigenous species. To this end, it has been proposed that the ‘uniqueness’ of Pakeha visual/cultural identity lies in the distinctive combination of environmentally modified agricultural landscapes on one hand, and ‘wild’, ‘natural’, and ‘untamed’ indigenous flora and fauna on the other. This combination is so familiar to us, so much a part of our psyche, that the inherent contradiction within it seldom registers.

In this image, a kiwi and a kowhai branch are posed in front of a wire fence on a closely cropped lawn in the Napier Botanic Gardens. The kiwi tentatively nibbles on raw minced beef. As a text, the postcard offers an economic, elegant precis of these key symbols of Pakeha identity: agricultural fertility (grass, beef) and distorted images of indigeneity (nocturnal kiwi in daylight, dismembered kowhai blossom).

Beyond the content of the images, the compositions commonly reflect a prosaic late colonial Pakeha mentalite. Behind the plain geometry and lurid colour, lies a suspicion of sophistication. These are beautiful, boring postcards for a beautiful, boring country.

Maybe I’m not gonna get any more CDs from the newspaper? It’s been two weeks… Have I been punished for being rude about major label faves? Surely not – I was never that rude. Whatever the reason, it feels like perhaps my run of ‘big time’ music journalism is at an end, no more voluntary work for Rupert Murdoch. I’ll have to go help sick children and refugees or something, to fill the void.

Nevertheless, in the interests of contributing something positive, here are a few recent acquisitions (things I picked up after trading in my review copies). I’m too lazy to say anythign about them, but they’re all fine, fine albums:

Also I saw the three Agnes Varda short films this morning – first festival experience for me – and they were bloody great. Too braindead to say more…

Enjoyed the New Zealand Argument thing last Thursday – RB was a great communicator (much as you’d expect), and the Lange footage was pretty hilarious. Funny that the whole nuclear fear thing sounds so eighties now, but it’s sobering to think that despite the fact that the escalation of Cold War nuclear arsenals has slowed (halted? noone really talks about it anymore) – which was a basic goal of the nuclear disarmament movement – the ground has shifted to proliferation and the world hasn’t gotten any safer.

The panel discussion on New Zealand identity was quite good, but I thought it could’ve benefited from a little more focus and/or maybe more a little audience questioning. As it turned out, the intergenerational dimension was probably the most interesting aspect – Jim Traue is a forthright old skool left winger. A ‘bolshy’ character, you might say. Actually I don’t think that much of his Pakeha Whakapapa/Ancestors of the Mind piece, it’s little more than a roll call of western thinkers and NZ literary figures. In other words, the intellectual heritage (or ‘baggage’ as he termed it on the night, by way of deliberate understatement for effect) of many (educated) NZers – Maori and Pakeha.

I Am Not A Maori, but – I don’t think that meaningfully relates to the idea of whakapapa. The point Traue makes about literate cultures (and it’s a bit of a no-brainer) is that they ‘store’ their knowledge in books, and as individuals growing up in such cultures, we are exposed to and (mostly unconsciously) absorb everything from Plato on. That is, contemporary western culture is in part the cumulative product of all the thinking and arguing and writing and publishing that has gone before it, and we all benefit from this. And that’s perfectly true. But that knowledge has nothing to do with bloodlinks, genealogy, or a connection to the land, which, it seems to me, are all key aspects of the whakapapa. So, Traue is not really describing Pakeha whakapapa – possibly ‘Pakehatanga’ might be a better term, if you really wanted to appropriate a Maori concept… But that’s just the problem – there’s absolutely no need to appropriate a Maori concept for this – there are already perfectly good concepts/terms for this in English – one of which is ‘intellectual history, another – the one Traue uses – is the ‘inheritance of the written and printed words of our culture’. Actually, ‘Pakehatanga’ isn’t an appropriate term. The point and the power of free, literate cultures is that knowledge is open to anyone who cares to access it. So, in New Zealand, the work of Plato, Sargeson et al are just as accessible to Maori as to Pakeha.

The piece comes off as weirdly defensive and insecure – like an over-reaction to having been told by a Maori that Pakeha have no culture. I’m not sure if I’d even feel moved to respond to someone who said anything so stupid – but I think Traue’s piece misses the mark. I think it’s probably fair to say that in the cultural deprivation/redevelopment stakes, Maori have had a far harder time of it over the last century and a half than Pakeha – what with depopulation, urbanisation, suppression of langauage etc etc, it was touch and go there for a while… Kinda makes the Quest For National Identity of Traue’s NZ lit heavyweights look like pissy navel-gazing.

Maybe it’s a generational thing – I’ve never for a minute felt like as a Pakeha had no ‘culture’. That’s partly cos culture is very very loose term these days, and partly cos I grew up in the eighties, by which time Pakeha had already been patting themselves on the back about their distinctive identity for a couple of decades or more – ironically, largely thanks to Traue and his generation. By the 1980s we even had our own distinct ‘culture’ of underground rock music, for Christ’s sake. Speaking of which, my new green minipod has been shuffling between Aaliyah and The Dead C’s ‘Harsh Seventies Reality’ all day – surprisingly good combo.

Now there’s a nice oxymoron for you…

The black silhouette apparently squatting against the radio mast on top of Mt Vic gives us cause to reflect on the universal, quasi-spiritual, fervour with which we approach rugby in New Zealand. (And, we should remember, with which any number of different sports are approached in different cultures across the world.) The comparison of sport with religion is trite, but worth revisiting in this case – if only because the only other public symbol that is ever displayed in that esteemed position, atop the summit of Wellington, like a panoptic eye, is the Christian cross.

In 1993, Jason Kay burst onto the scene with a massive debut album and unprecedented eight-album deal with Sony. While even skeptics acknowledge his impressive musical talent, Kay is often characterized as a one-trick, early-seventies Stevie Wonder copyist (not that it’s ever done his sales any harm). Thirteen years and twenty million albums later, ‘Dynamite’ is still heavily derivative of Stevie, but Kay has expanded his horizons a little – he also rips off Basement Jaxx (‘Electric Mistress’, ‘(Don’t) Give Hate A Chance’). With nods elsewhere to filter house, acid jazz, and other schmaltzy genres, this would be the perfect soundtrack to the yuppie dinner party from hell.

Prolific alt.country pioneer Smog (Bill Callahan) has stayed true to his sparse, individualistic vision over the years – this is his twelfth album for Drag City. While there’s no denying the power and character of his voice, with arrangements this minimal, the lack of distracting sonic fluff exposes the weaker material for what it is. But when the songs are good (‘Rock Bottom Riser’ and ‘Let Me See the Colts’ are up there with his best), it’s efficient, moving stuff. On ‘Drinking at the Dam’ Callahan offers a minute, definitive statement on the lost innocence of childhood: ‘It was the first part of my life/Second is the rest’.

At some point this millennium, BEP stopped making hiphop and became, unashamedly, a pop band. Thankfully, there’s nothing quite so singularly awful here as ‘Where is the Love’ or ‘Lets Get Retarded’ from their last effort, 2003’s Elephunk. Nevertheless, too much of Monkey Business sounds like jingles to accompany music videos, rather than music per se. A telltale sign of artistic stasis, the quality of the material is more or less determined by the quality of the collaborators. The old-skool hiphop of ‘Like That’ (featuring Q-Tip, Talib Kweli, and Cee-Lo) stands up pretty well, as does the Timbaland-produced ‘My Style’ (featuring Justin Timberlake), James Brown (yes, The Godfather of Soul) guest spot ‘They Don’t Want Music’, and the ragga-lite of ‘Dum Diddly’. Conversely, collaborations with Jack Johnson and Sting are dire and can only be read as transparent attempts to grow BEP’s share of the crossover market. Much of the rest of the album is lazy, disposable party tunes. Particularly evil are opener ‘Pump It’ (with its criminally unimaginative sample of Dick Dale’s ‘Misirlou’) and ‘The Humps’, which is just plain juvenile (viz., ‘humps’ equals tits). A little quality control would have gone a long way – at 70 minutes, this album is overweight.

On the grounds that once a publication is past its use-by date I’m not doing anyone out of a sale, I’ve put up a few CD reviews of various things I’ve done this year – from Staple (RIP) here and here, and The Fairfax Star Times here and here.

Don’t know if it technically counts as blogging, but who gives…

Did my first radio show in a couple of years on the weekend and had a great time, even if it was 1-3am on Saturday night… Actually, the timeslot didn’t suck nearly as much as I thought – there’s no ads, no playlist, no voice breaks, just playing records and drinking whisky, the way life should be. I should be doing it again in a couple of weeks, then maybe eventually get something a little more hospitable. For anyone who give a monkey’s – here’s roughly what i played, roughly in order: